MOGADISHU/BERLIN (german-foreign-policy.com) - The German EU Council Presidency has announced aid for the Somali "transitional government" put in place by western powers, to finance a reconciliation conference. In accordance with the wishes of Berlin and Brussels, this conference will take place in Mogadishu in mid-April, with the intention of stabilizing the so-called transitional government, divide the opposition and therefore, in the long run, keep anti-western forces from regaining power in Somalia. This "transitional government" is but a civilian extension of the Ethiopian occupation forces, which provides the German government with new means of gaining influence. For several years, Germany has been extending its influence in Ethiopia and currently has an excellent position. If the Ethiopian occupation regime is a failure, it is expected that the country will irretrievable split along the lines of the former colonial borders. Germany had, years ago, already established its influence in the region of a potential secession called "Somaliland" by helping to build the infrastructure.

The outbreak of violence that took place on the first weekend in April, again causing numerous deaths, is a confirmation of the fears of German government advisers, who consider the Mogadishu transitional government to be very frail. The so-called transitional government was put in power by Ethiopian occupation forces. Many Somalis reject this regime because of the traditional Somali-Ethiopian conflicts. Observers [1] note that furthermore, the transitional government is relying on a power base, that, because of the complicated Somali social structure, is considered to be completely insufficient. The regime is comprised only of members of one minority clan, completely excluding the country's largest clan (the Hawiye).

In view of the imminent defeat in Afghanistan and Iraq, Western states do not currently want to station their own occupation troops in Somalia and rely rather on proxies. Because of the presence of heavily armed Somali warlords, it would seem unlikely that the forces of the African Union will be able to keep the "transitional government" in power. As in Kabul and Baghdad, if the proxy regime in Mogadishu falls, the transfer of power will go to emphatic anti-Western forces.

Fearing another defeat, the German EU Council Presidency is demanding that the "transitional government" rapidly change its policy. "In the spirit of national reconciliation", the government should neutralize large sectors of the Somali society, thereby splitting the opposition. Dissident forces are increasingly taking up arms. Berlin and Brussels are demanding the initiation of "a political and institutional process" and "the large-scale inclusion of all important parties," not only "the clan eldest, Islamic leaders" and "business representatives" but also "civil society" representatives - which, from experience, are known to be tied on the leash of the EU. "The EU is prepared to support this process both financially and politically."[2]

The "transitional government" obediently announced that it would convene a "National Reconciliation Conference" in mid-April. According to Berlin, pro-Western forces can only be kept in power in Mogadishu through this policy of inclusion.

The forces of the "transitional government", that the German government wants to keep in power, has been supported by Berlin for years. Its creation in Kenyan exile is thanks to German assistance. Later, the German government impelled its African protégés to leave Kenya to set up office in Somalia - a step, the "transitional government" had for a long time avoided, because of its lack of support.[3] At present Germany assists the Ethiopian occupation, that put the Somali government into power, with generous financial support in the hopes of preventing hunger revolts of the war refugees. Since the beginning of the three month old Ethiopian invasion, the German foreign ministry has allotted 2.8 Million Euros, which already exceeds the financial support rendered during all of 2006.

as well as Berlin are again focusing their attention on that part of the country that had formerly been a British colony: "Somaliland" in the northwest of the country.[4] "Somaliland" is considered to be relatively stable, in contrast to Southern Somalia and particularly its capital, Mogadishu. German development agencies and the Federal Agency for Technical Relief (THW) aided extensively in building the infrastructure, thereby securing for Berlin a certain influence in "Somaliland". This included the reconstruction of a central road connecting Ethiopia and the deep-sea port of Berbera ("Somaliland"). This project is particularly beneficial to Ethiopia. The occupying power does not dispose of its own commercial harbor, and, since 1997, is dependant upon the use of the port facilities in Djibouti. In Mai 2005, Addis Abeba concluded a treaty with "Somaliland" concerning the use of the deep-sea port Berbera. The road, that had been reconstructed with German aid opened the possibility for the transit transport.[5] (An enlarged map depicting German influence in the Horn of Africa: click here.)

It is obvious that Ethiopia is being exploited to serve the interests of German foreign policy. Under the provisions of the so called development policy, German organizations, for the past two years, have been deploying hundreds of advisers to this East African country - to occupy key positions in the administration and business.[6] While many German development aid workers have to content themselves with restructuring the Ethiopian educational system or conducting urban and regional planning, some are designated for more exclusive jobs in that African country.[7] In September 2005, The Centrum für internationale Migration und Entwicklung (CIM) in Frankfurt advertised a job offer as "adviser to the (Ethiopian) Speaker of Parliament". The German Association for Technical Cooperation (GTZ) recently advertised a similarly interesting job offer, as an "adviser" to the Lord Mayor of the capital Addis Abeba. The German applicant should have "intercultural experience" and"a high degree of patience." "In dealing with representatives of a mainly traditional society, one must have prudence, dexterity and adequate perseverance."[8] 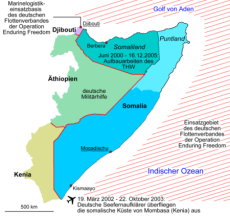